I kept telling myself I would write more in 2013, but some how it did not happen.  Then again maybe it was because my chess wasn't all that interesting.  I started the year at 1747 and finished the year sitting on my floor of 1700.  Hitting more floor is nothing new, I've done it a ton of times.  In 2013 I lost, gained and lost those 47 points a number of times.  It’s kind of like yo-yo dieting. Lose weight, gain it back.  Lose it again, gain it back again.  Most yo-yo dieters spend many months losing the weight, and then bam! Go back to normal eating and gain the weight and then some in half the time.  I do rating points the opposite way.   I’m doing the rating point diet.  It takes me forever to gain rating points, and takes me no time at all to have a crappy tournament and chuck them all away.

Actually it took awhile to lose the 36 rating points I gained on 2012 New Years Eve.  That's because my 1st rated event after that was the US Amateur Team East where I tossed 15 of them by going 2-4 on Board 2.  Our team went 3-3.  Some how we never seem to mange to win that last round to get the plus score.  BTW, I've come to the conclusion that playing in the main ballroom is over rated.  It's crowded and noisy.

No Liberty Bell Open in 2013.  Although my 2012 strategy of taking 2 1/2 point byes in the 3-day schedule and not coining until Sunday worked out fairly well, I didn't feel like making the drive to Philly.  Instead I rode my bike 51 miles that Sunday.  Some people may think riding a bike outside in New York during January is pretty stupid.  They may be right, but I find freezing my ass off while riding is more fun then freezing my ass off in a cold tournament hall, especially if I'm playing like an idiot.

I did make my 4th annual trip to the Grand Pacific Open in Victoria, BC.  I had my worst tournament ever for that event.  One draw and 5 losses.  Maybe I should suck it up and play in Under 1800 section if I go back this year.  That's a dilemma I still have to decide on.  (I digress)

Maybe I can blame my bad performance on the little detour I took on the way out there. 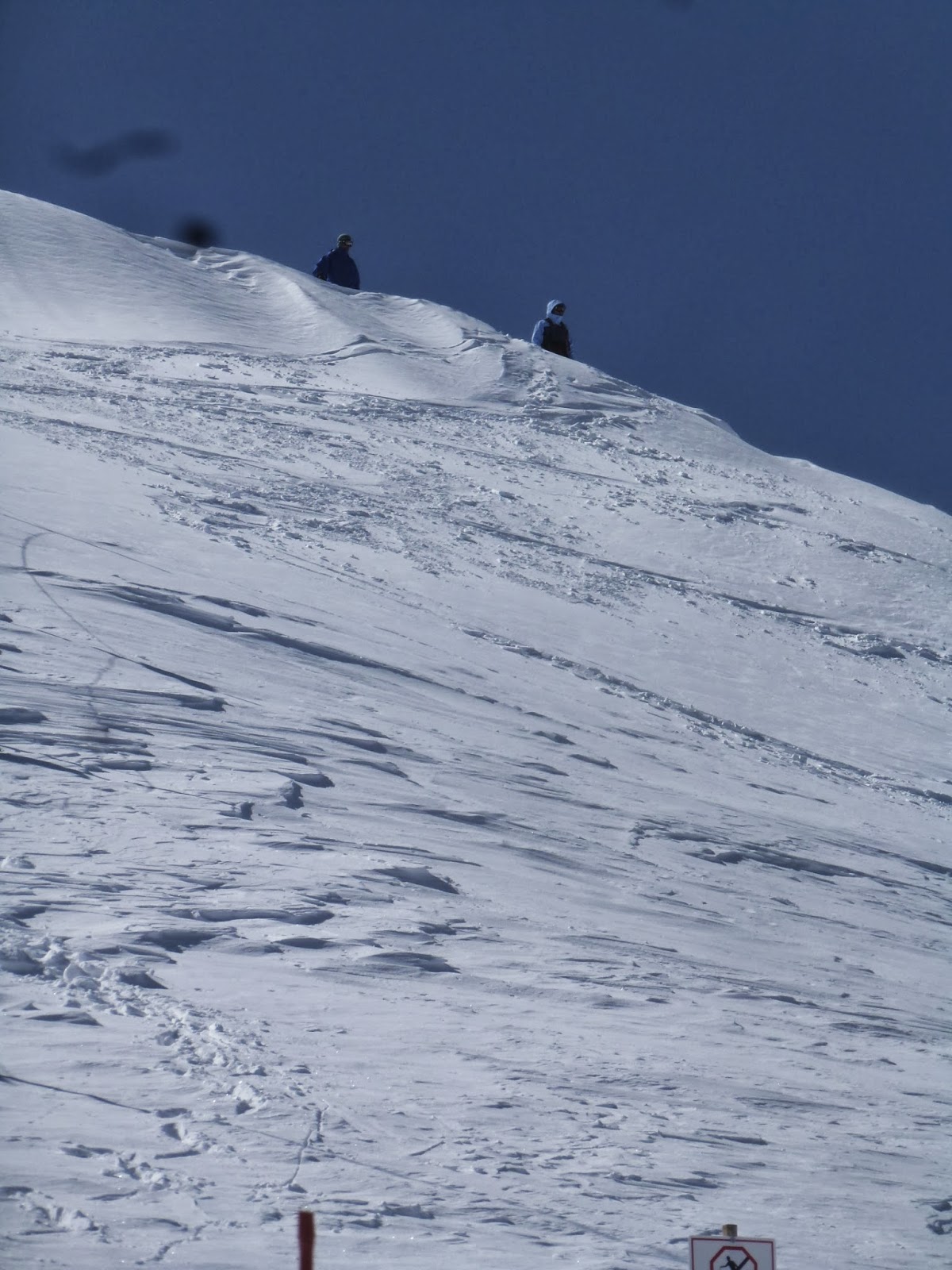 Yes I skied down that. 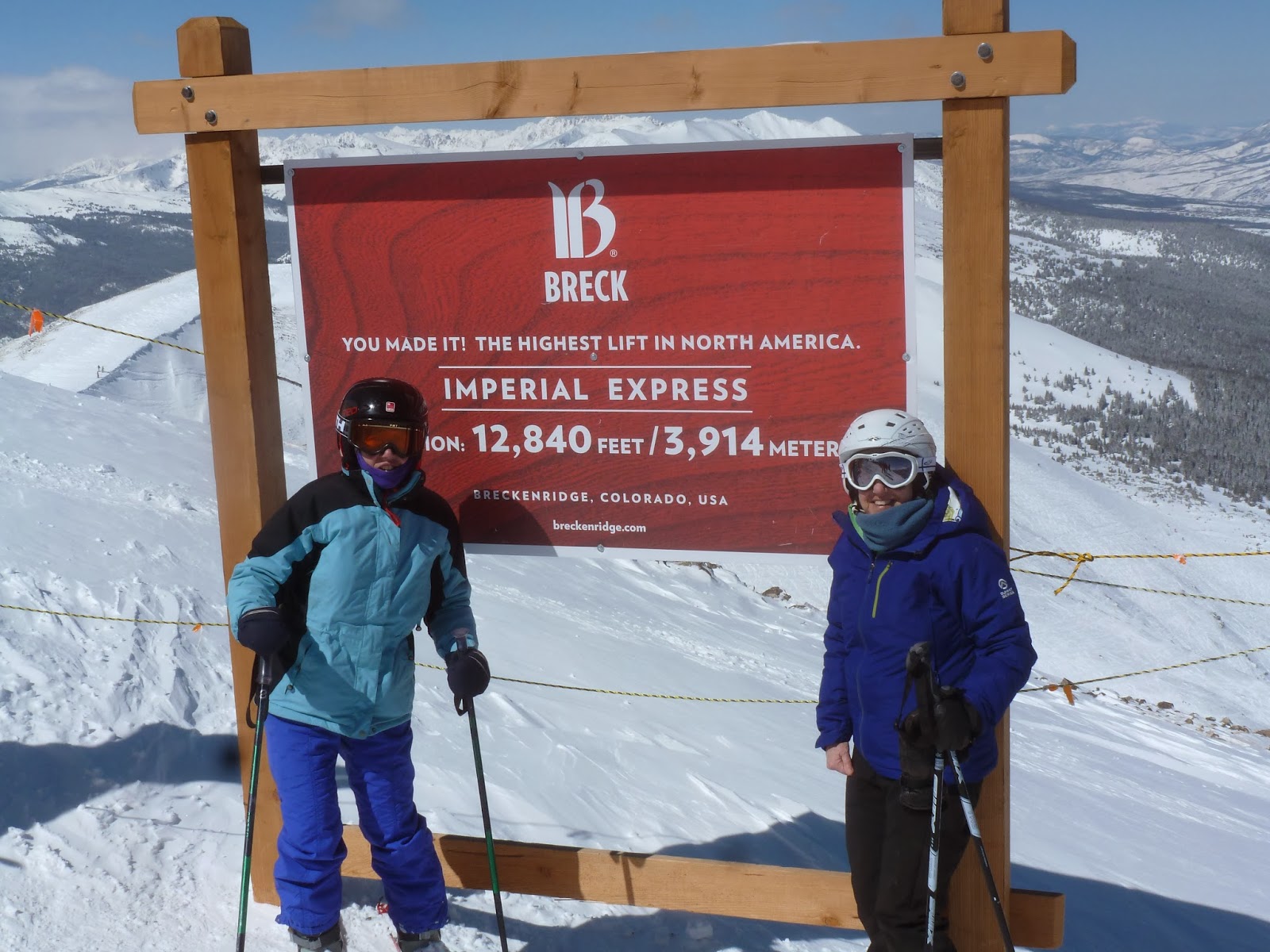 Yes that's me on the left.

For a change I took advantage of the fact that I had the entire week off before Easter.  So instead of simply flying out to Seattle on Thursday and jumping on the ferry the next day, I spent 4 days in Colorado and then went to Seattle.  Skied for the first time in 7 years.  My ski muscle memory is much better then my chess muscle memory.  It all came back very quickly.  In hind sight I should have just spent the whole week in Colorado.

If I remember how to upload games I'll include one in my next post.

Good to see you back, Polly! Hope you keep blogging this year.

JoJo makes you bigger at the end...