The highlight of my second quarter chess travels was the decision to not send in an advance entry for the Memorial Day weekend tournament that I had played in the last two years. My plan was to combine my Memorial Day weekend chess trip with my Team in Training trip to Lake Tahoe for America's Most Beautiful Bike Ride. I figured I play in the tournament, and then take in a side trip to wine country on my way to Lake Tahoe. I got a super cheap airfare to San Francisco way back in February. I think I bought my ticket to San Francisco before my ticket for my earlier trip to Colorado and Seattle. Getting a round trip ticket to San Francisco for $230 was too good a deal to pass up. It was case of buying the cheap ticket first and figuring out the details later.

The previous year I totally winged it. I had entered the 3 day schedule of Best of the West, and then decided to stay an extra day so that I could go on a ride with a West Coast friend's bike club. I switched to the 2 day schedule. The bike ride was beautiful, and the chess was ugly. Thinking back on that, combined with my miserable performance in Victoria I decided I would not commit to the tournament until it got closer to the trip. If I really wanted to play, I could suck it up and pay at the door. If I didn't want to play then I didn't have to worry about getting a refund.

Here is a picture essay of my Memorial Day weekend "chess" trip.

After last year's ride across the Golden Gate Bridge I had vowed I would never ride a bike across the bridge ever again.  It is truly a scary thing, even for an experienced cyclist such as myself.  Between the tourists on the beach cruiser bikes that can't ride a straight line and the tourists who insist on walking or stopping in the bike lane it's an accident waiting to happen.  Throw in the maniac racer types trying to weave through that mess going 20 mph it's downright frightening.  Despite all of that, I couldn't resist another ride across the bridge to Sausalito. 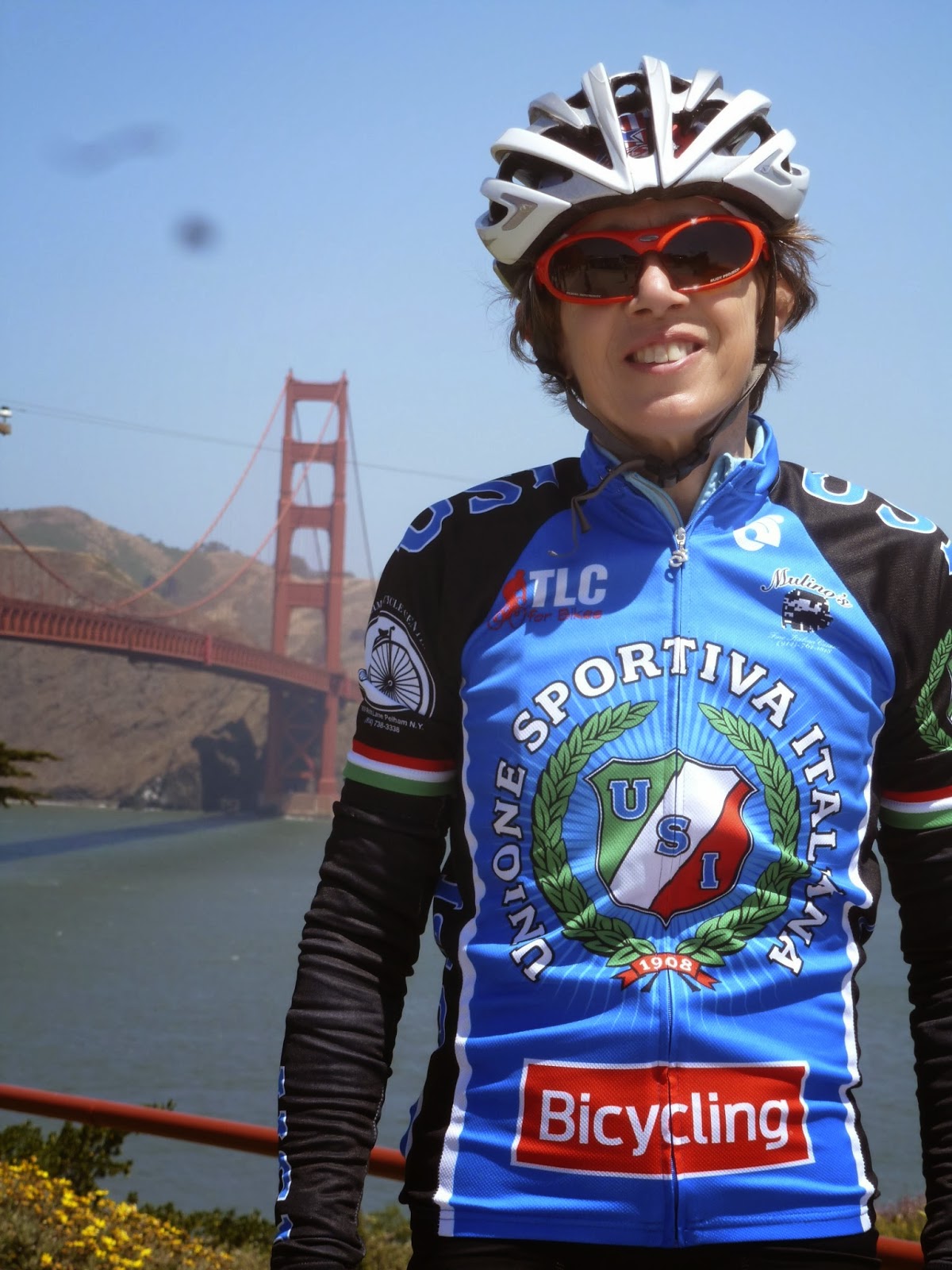 20 odd miles and a ferry ride later, I'm back at San Francisco's biggest tourist trap, Fisherman's Wharf.  Although I have to confess. No matter how many times I come to San Francisco, I can't resist the sea lions.  They're the cheapest entertainment in the city.  I can spend hours laughing at their antics, and taking a bazillion pictures.  Thank goodness for digital cameras.  I think on one trip (pre-digital camera) I went through about 5 - 10 rolls of film taking pictures of them.  Really now, how many sea lion prints did I need? 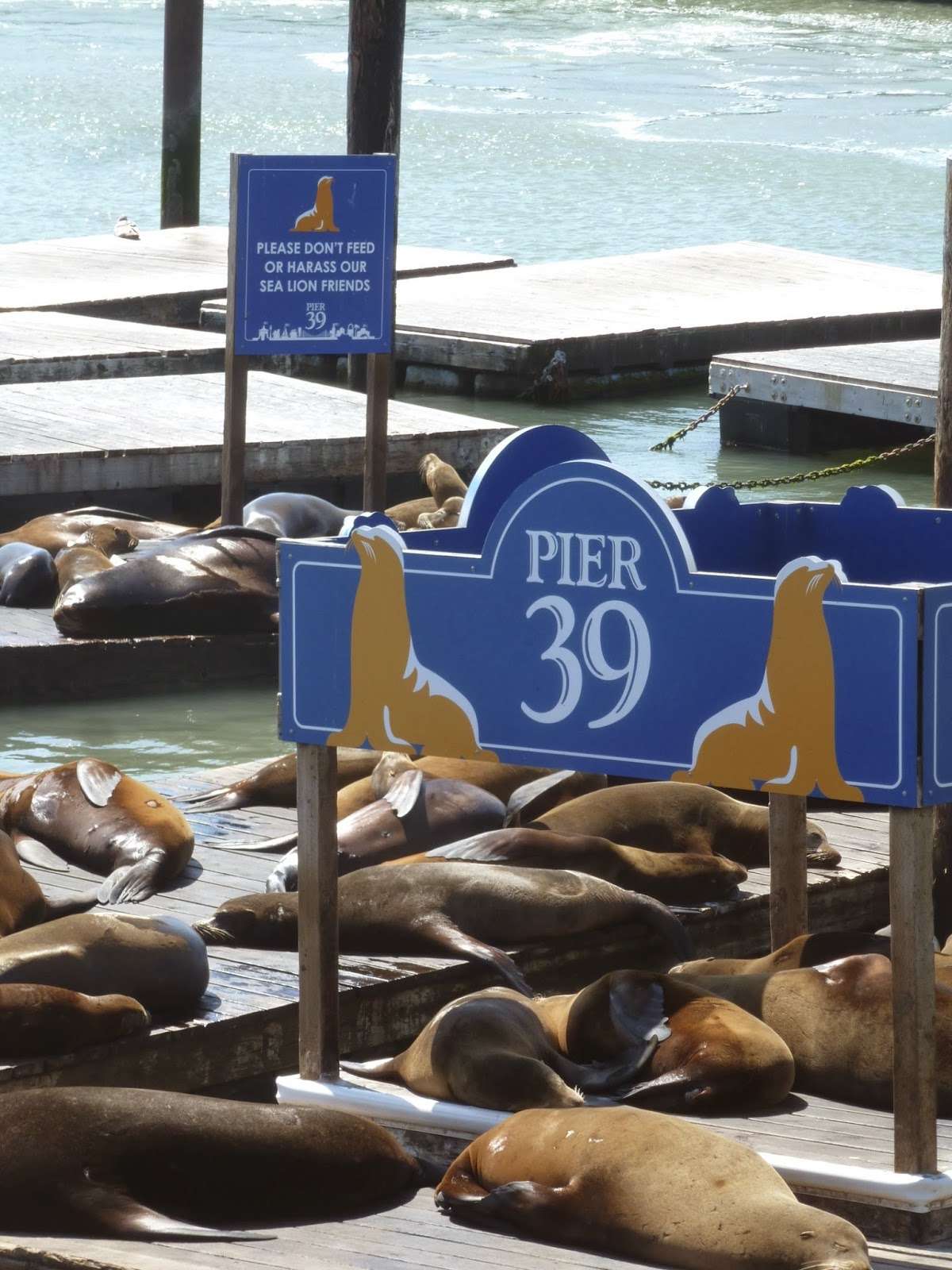 When one rides a bike in San Francisco there are going to be hills.  It doesn't matter if one stays off the streets with the crazy big ass hills, it's hard to get anywhere in San Francisco without encountering some hills.  Fleeing to the other side of the bay doesn't help.  One of my cycling buddies who lives in Oakland asked me to come on her club ride.  Boy was I in for a surprise. 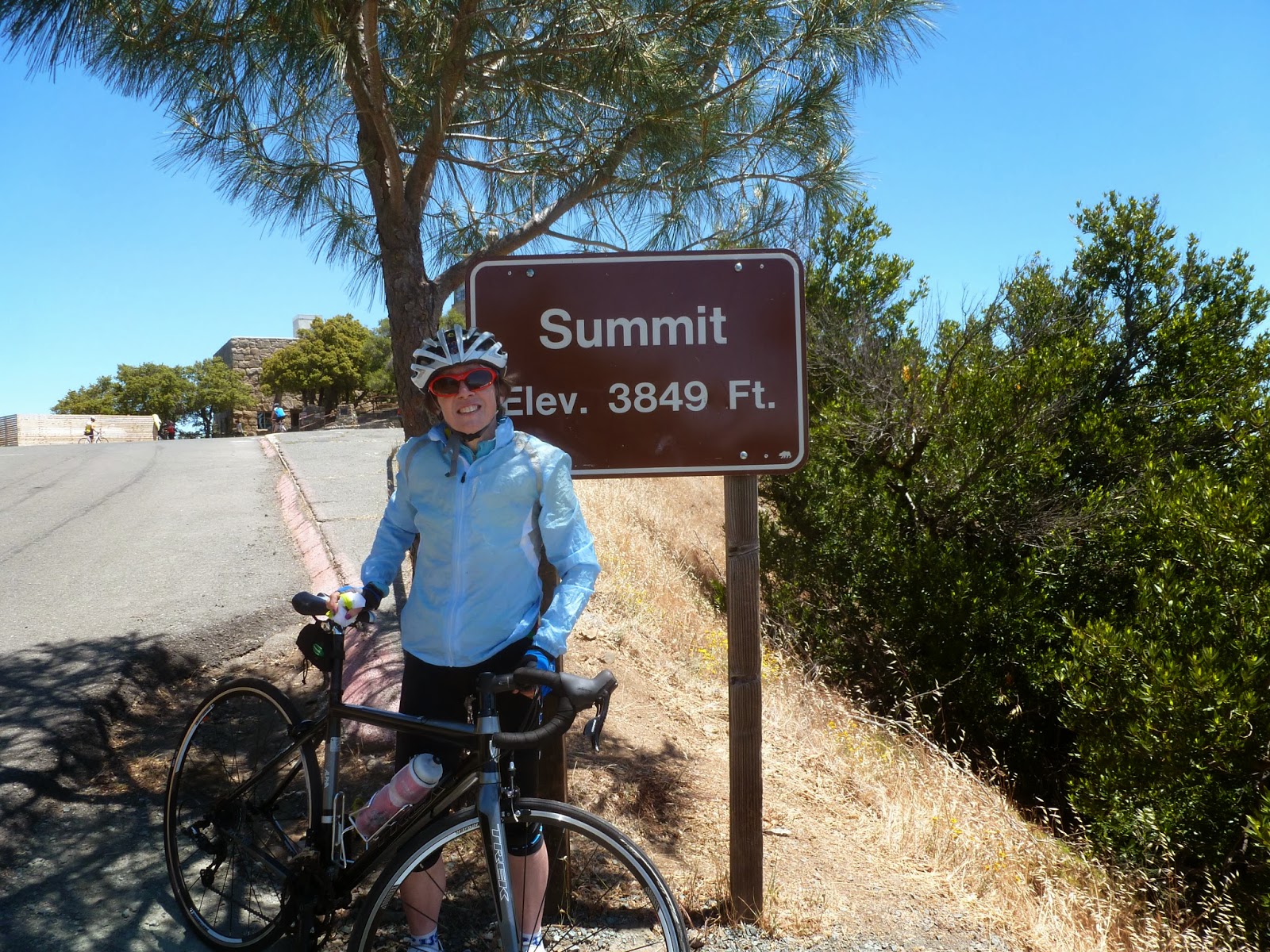 This is the top of Mount Diablo.  10 miles of uphill!  However the good thing about climbing up 10 miles of road on a bike is afterward you get to go down 10 miles of road. That last little stretch to the very top in the picture above is about a 19% grade. Pure evil!

Did I say something about chess?  Nope.  The only game I saw played over the weekend was a great baseball game between the San Francisco Giants and Colorado Rockies.  The Giants were getting their butts kicked, but came back to win with a walk off inside the ball park home run in the bottom of the 10th. 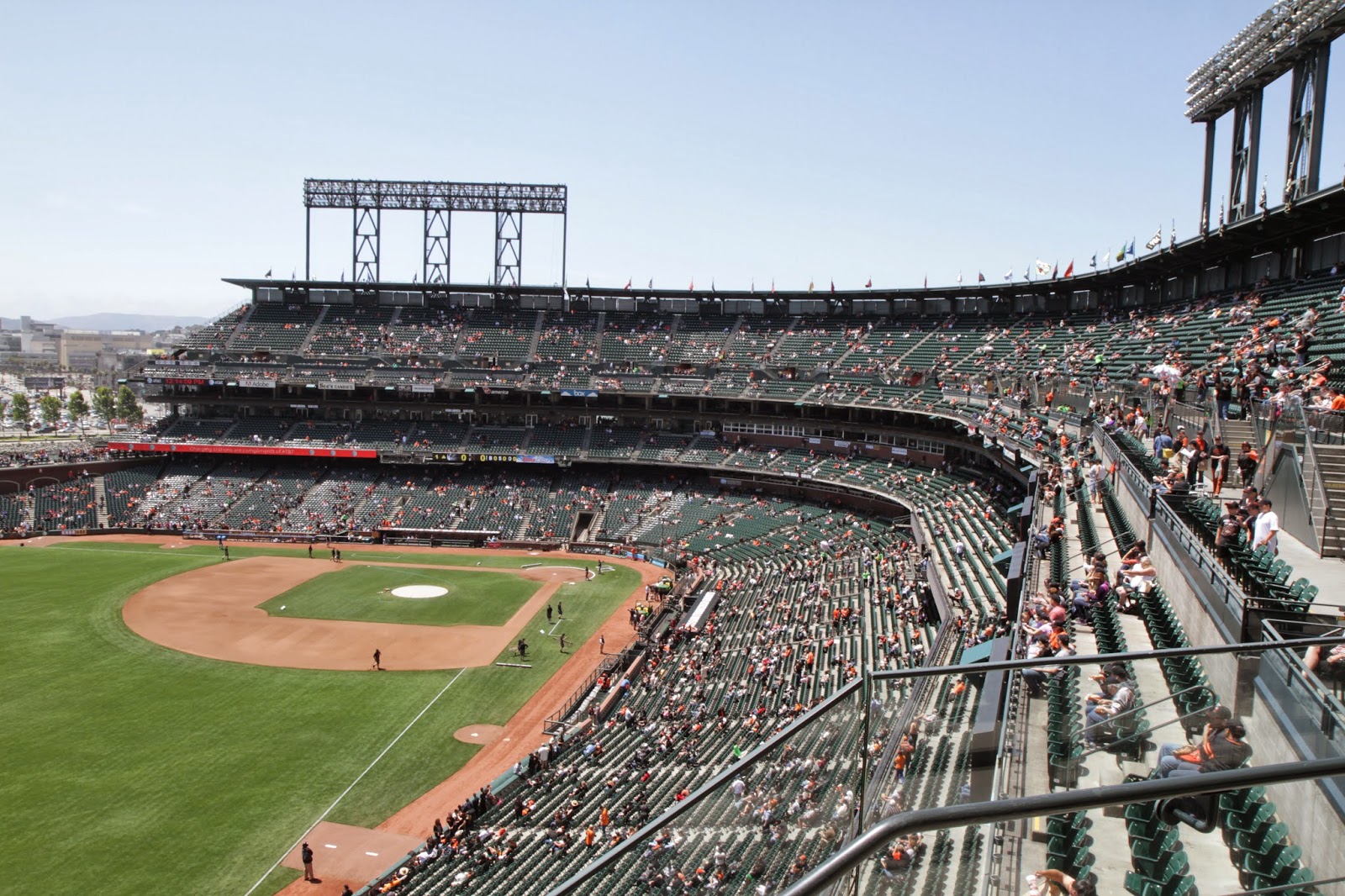 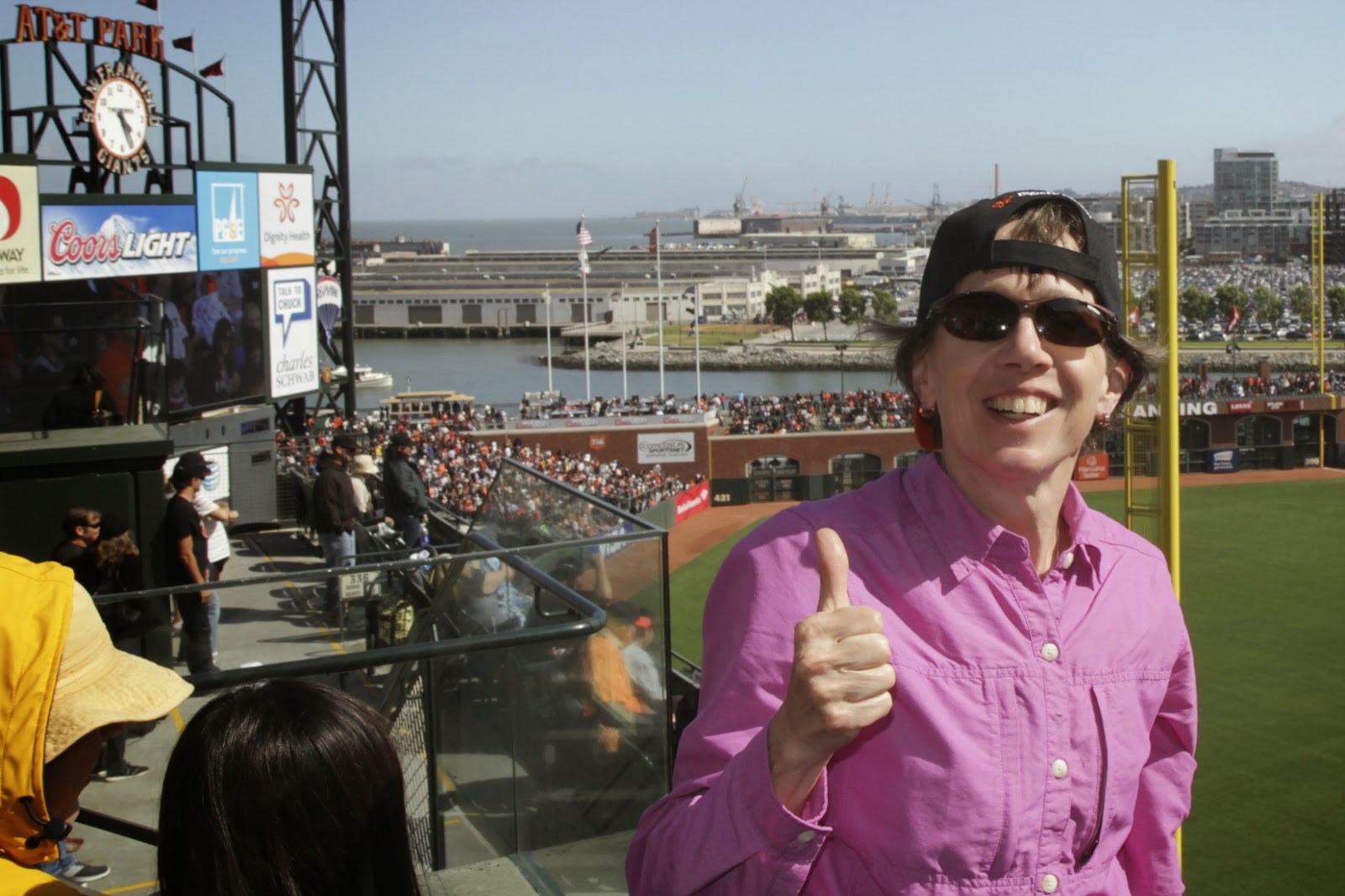 The solution to whining about playing lousy chess, is not to play lousy chess.  Easier said then done.  The easiest way to do it is to skip the chess and go for the wine instead.  So instead of getting on a train and going to Santa Clara I got in a car and drove to Santa Rosa to visit the Charles Schultz Museum. I've always loved Peanuts, so I wanted to visit the museum on my way to Healdsburg where I would be staying for a few days to sample the local produce. 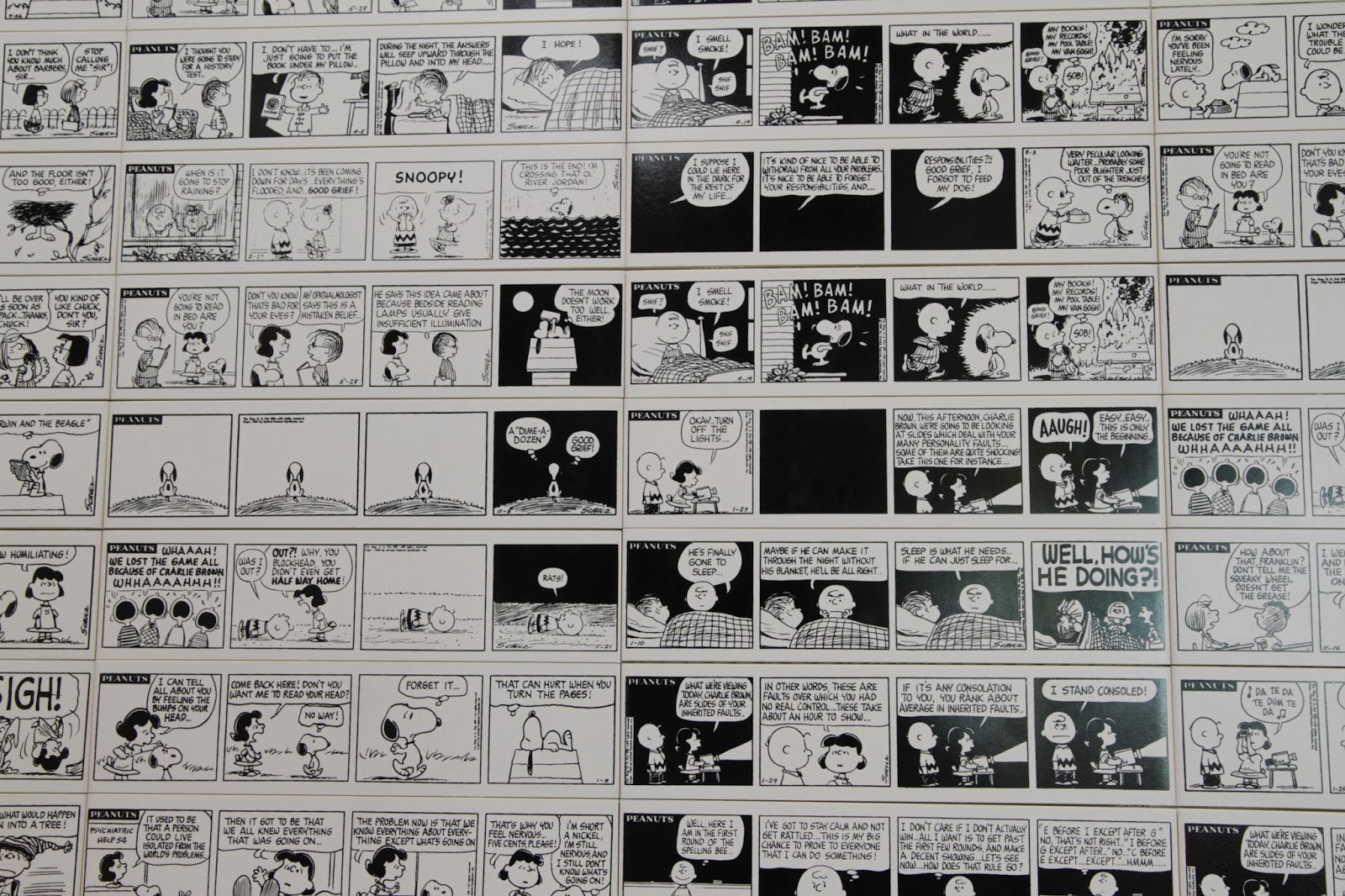 This is a close up of what makes up the gigantic mural pictured below.  Thousands of Peanuts strips put together to make the picture of Lucy pulling the football away from Charlie Brown.  I can relate to Charlie Brown's frustration.  At times my inability to finish off a "won" game is like Charlie Brown's inability to kick the football.  Though instead Lucy pulling away the ball, it's my brain pulling away my focus or whatever that ends out costing me a game. Example below. 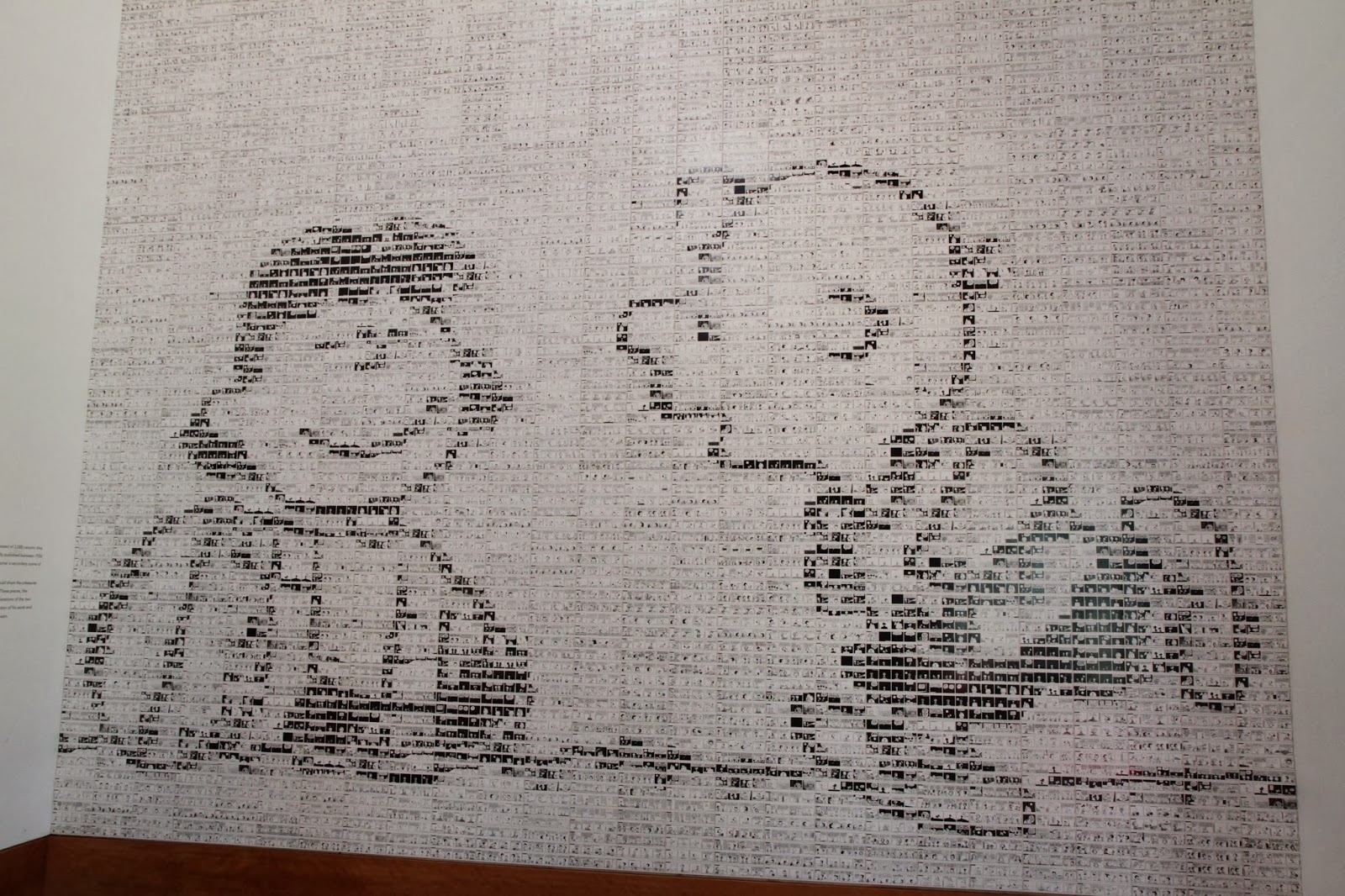 I wasn't originally putting a game in this post, but after making the Charlie Brown analogy I thought it was only fitting to post this game from the last round of the 2013 Westchester CC club championship.
The only frustration I may have felt on this trip was not having enough time visit all the places I wanted to see.  However I can't complain too much.  I enjoyed tasting a lot of good wine and food. 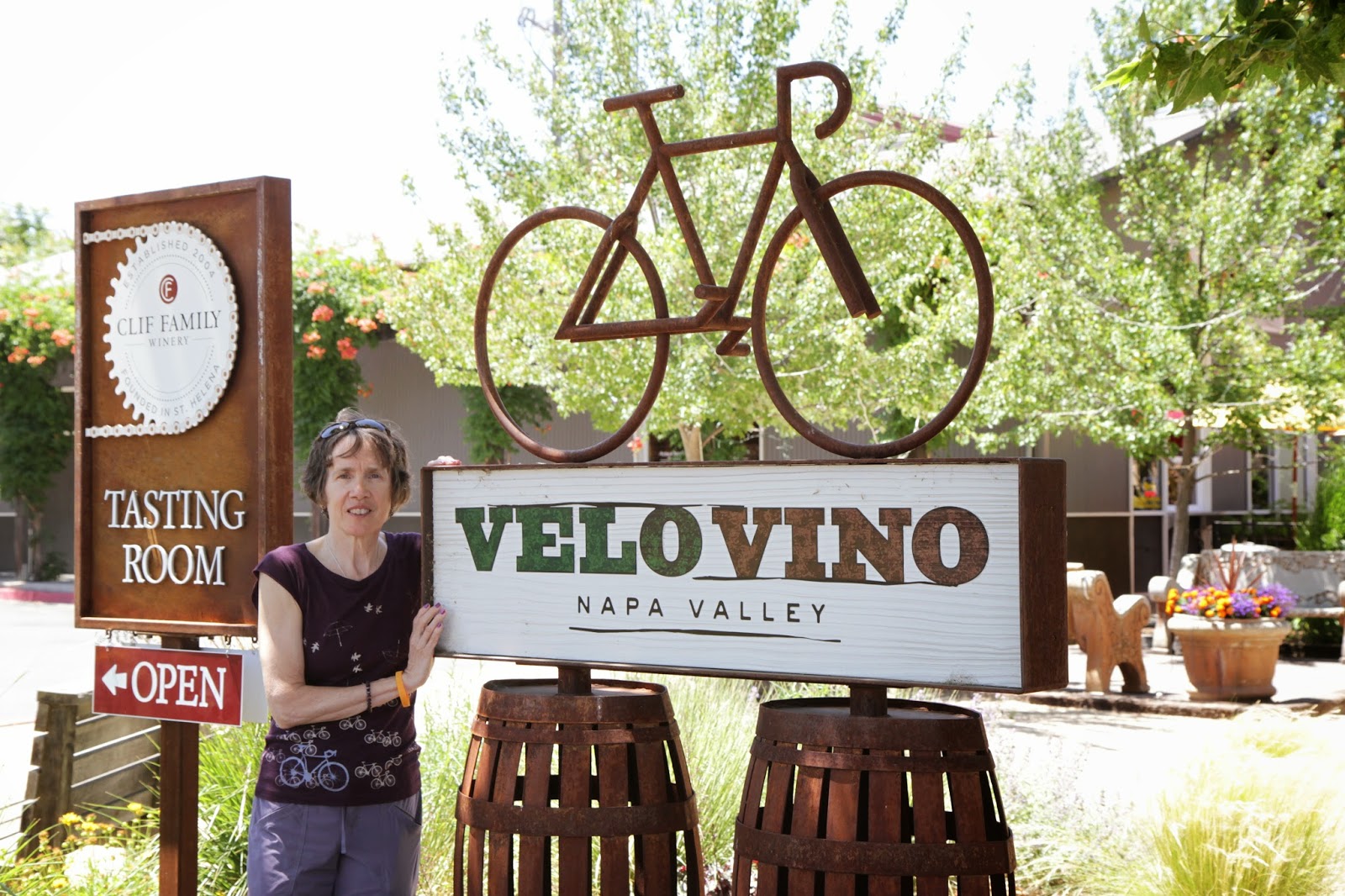 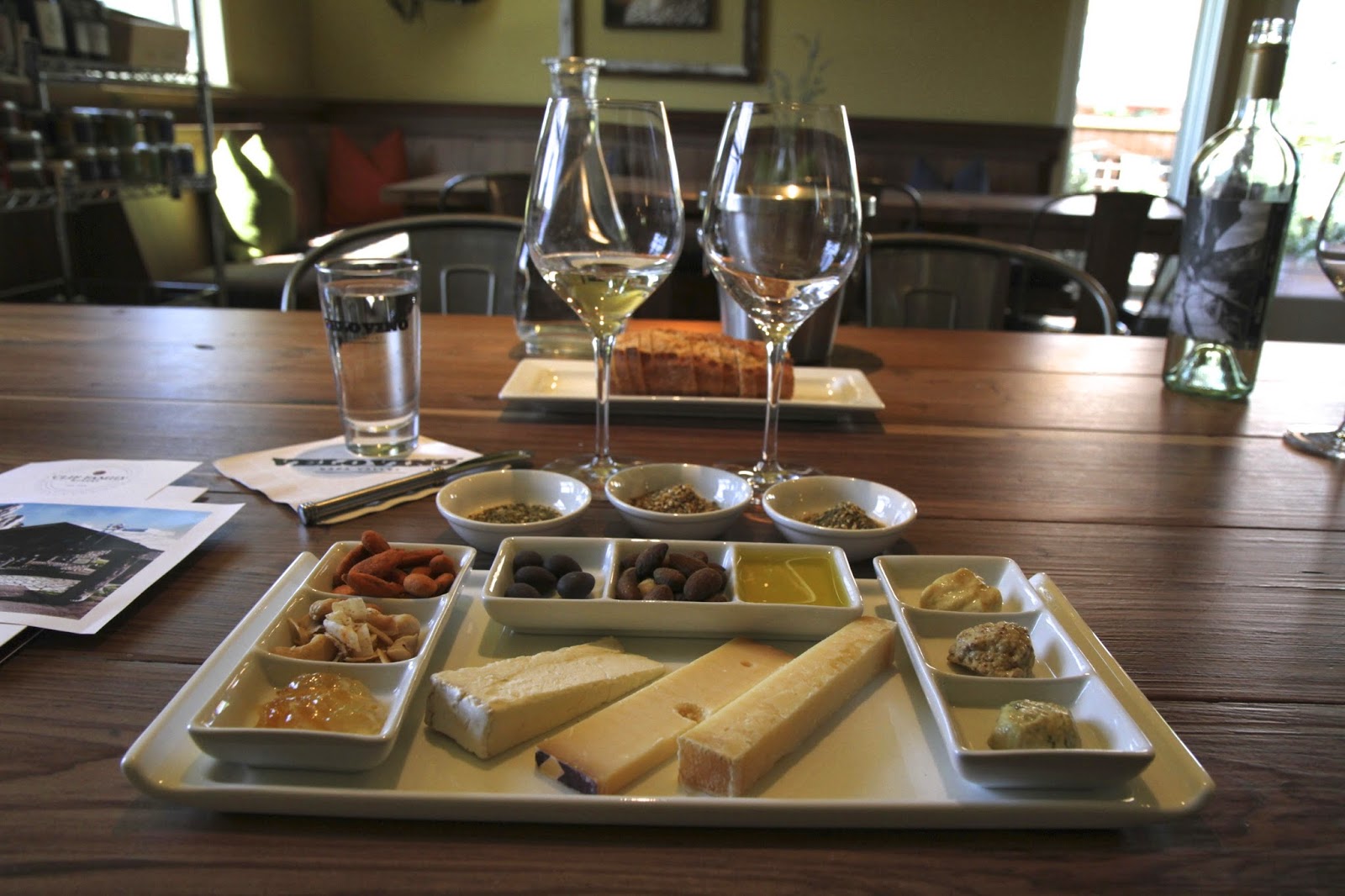 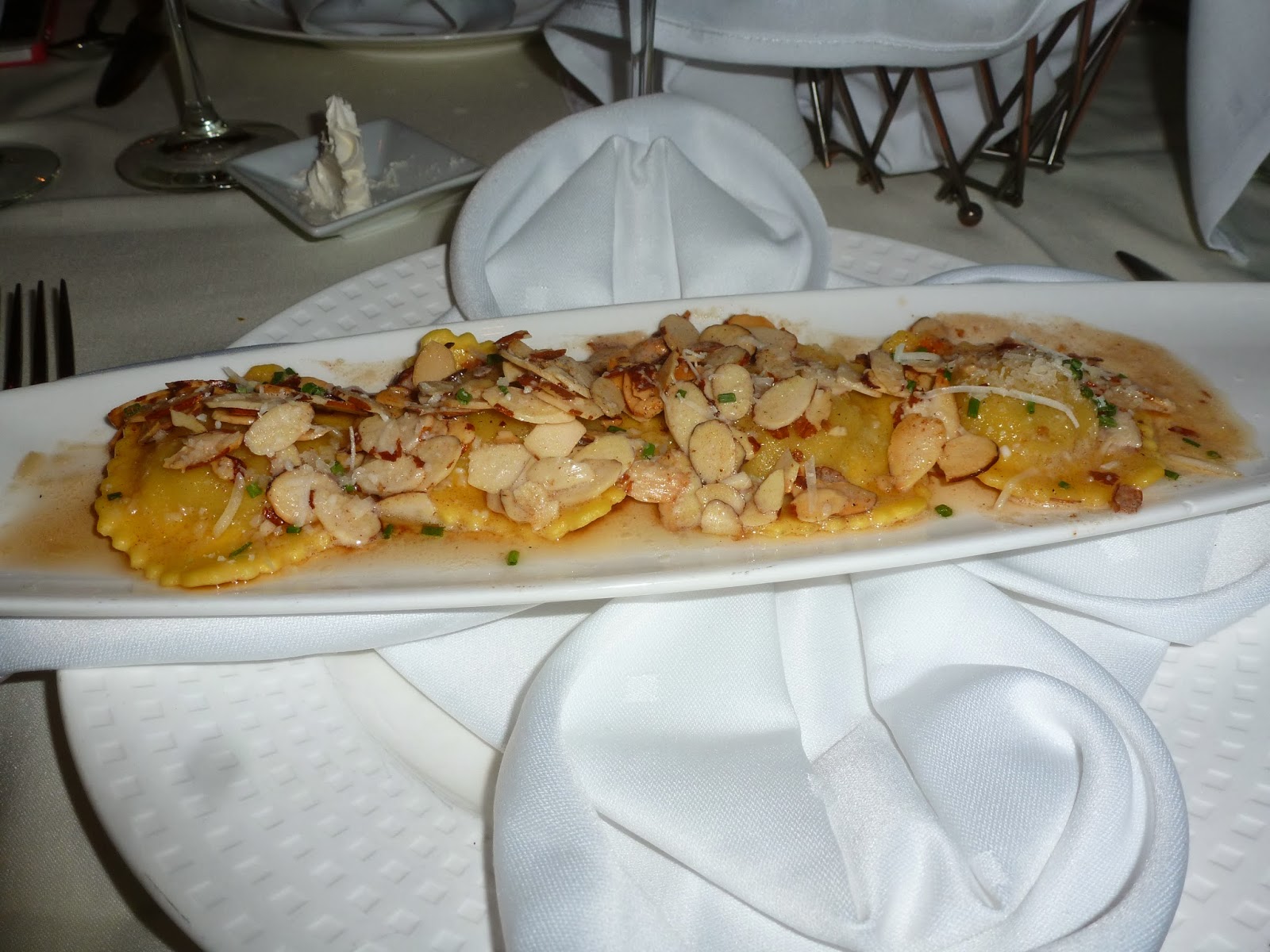 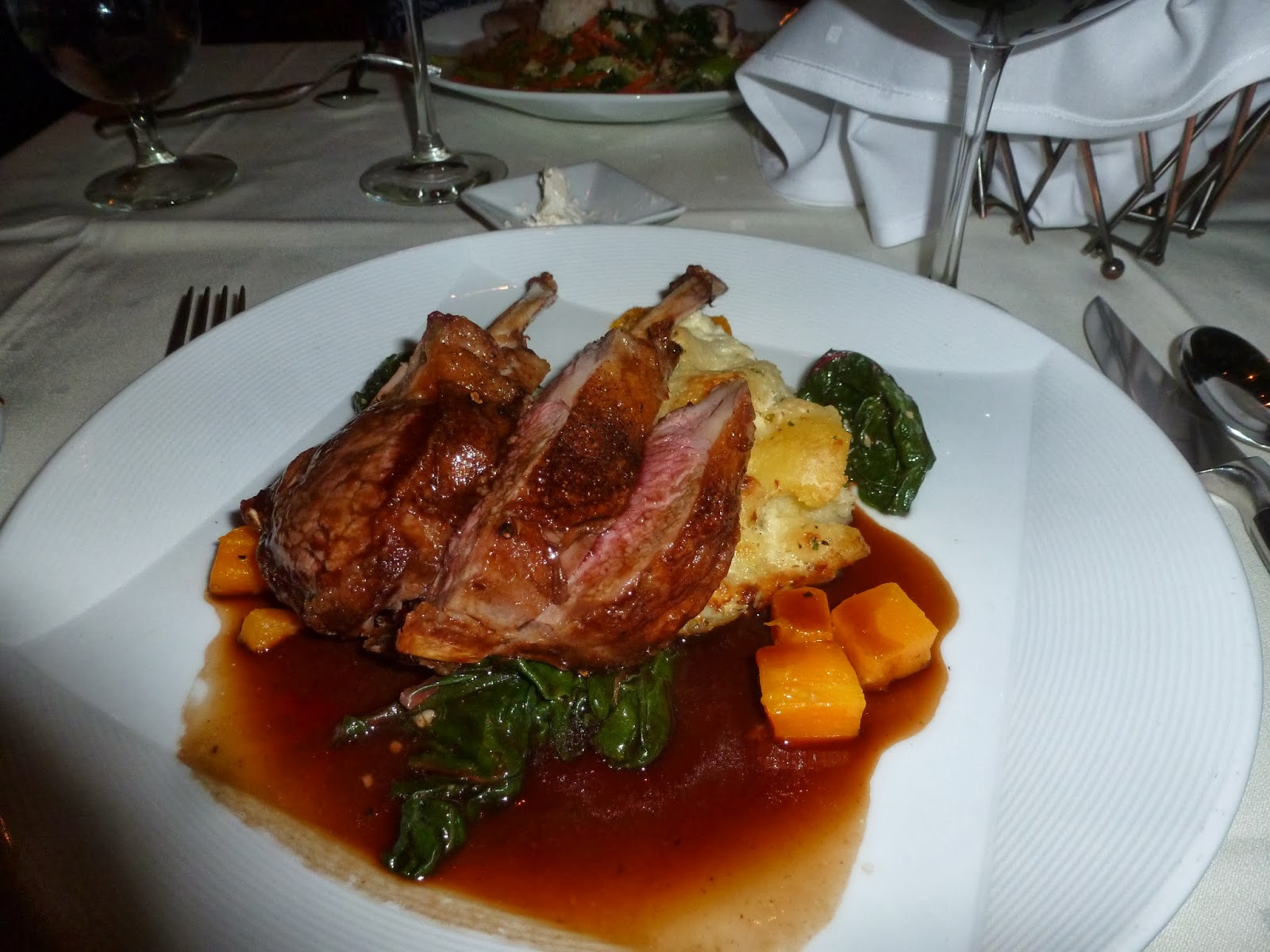 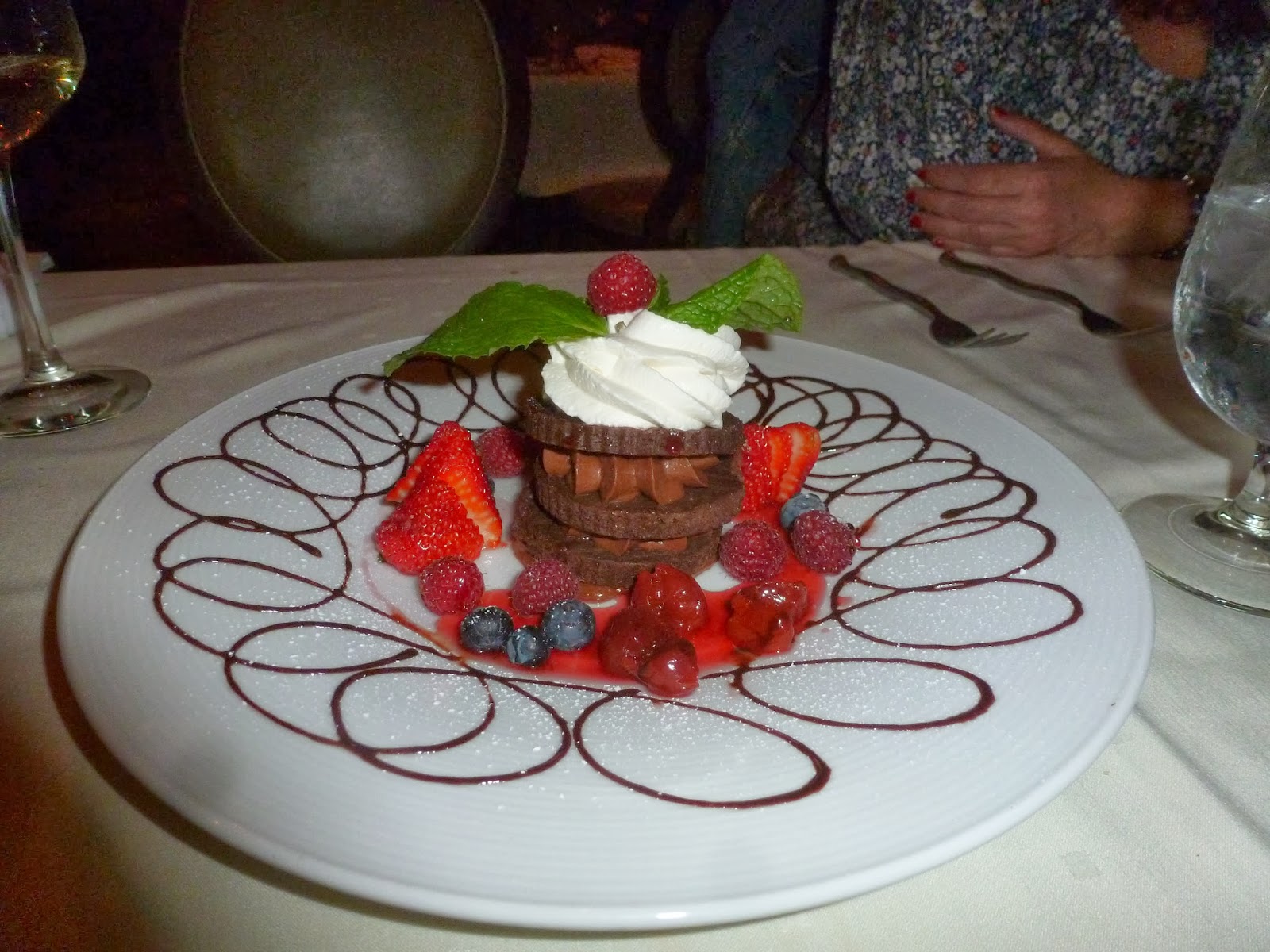 Appetizer, dinner and dessert to die for in Lake Tahoe at Edgewood Golf Club.

It's good thing I cycled 100 miles around Lake Tahoe! I had burn off off the calories I consumed on this trip.  I'll end this post with one of the incredible views I got during the event. 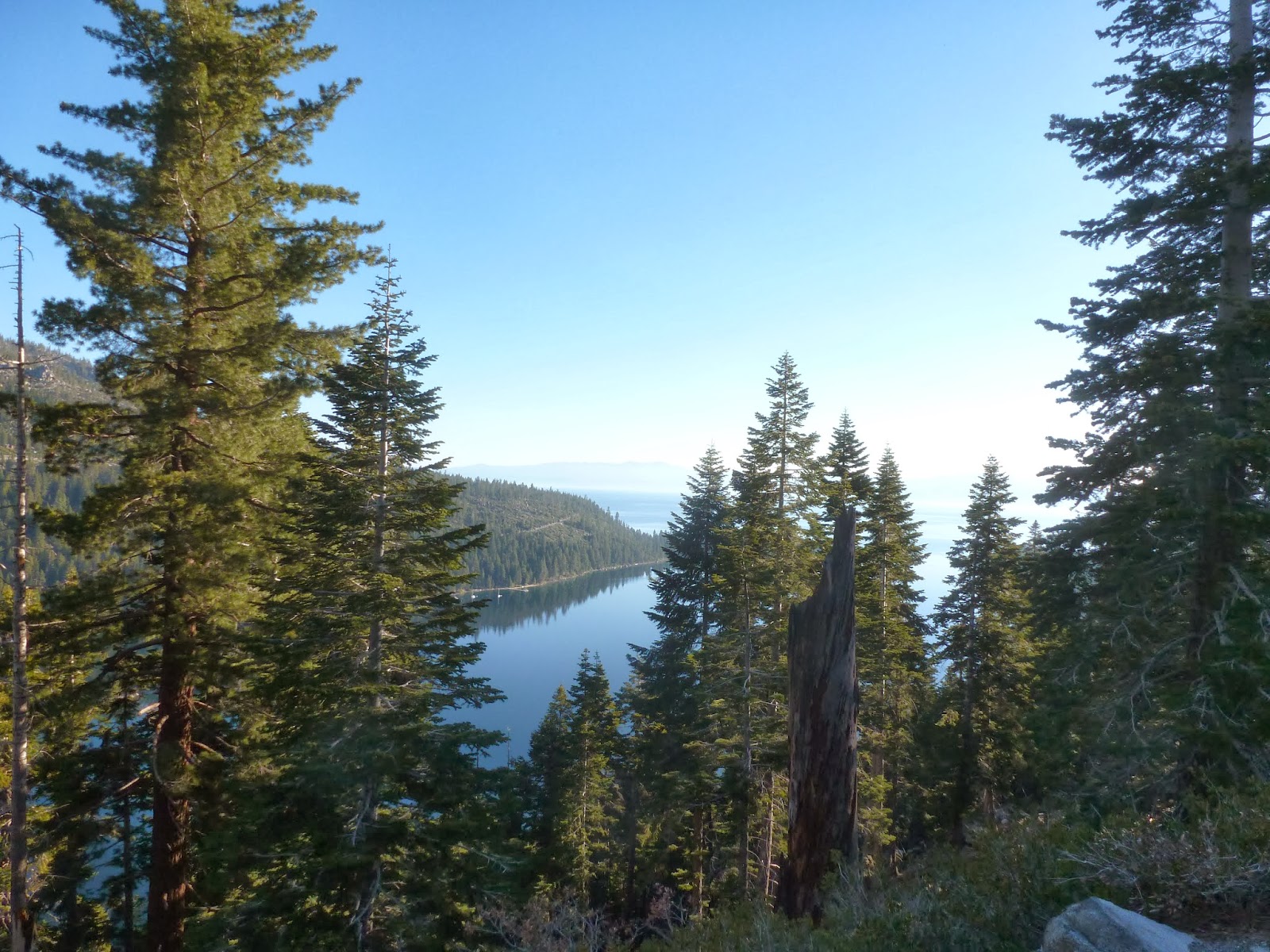 My next post will include a game that relates to this trip, but was not played on this trip.  This was truly a chess free road trip.

One of my favorite bloggers! Good to see you back in action, Polly

Thank you. I'm trying to catch up on some of the interesting things that did happen in the last time, and try to keep up with some of what's been happening in 2014.